Home › Autos › China is the No. 1 energy user ? what does that mean for your car? 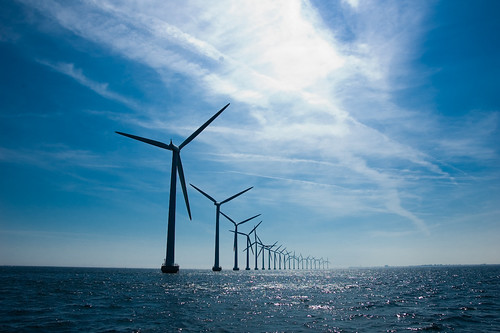 What does energy use in China have to do with your personal financial situation here in the Western World?

Many of us prefer to believe this is an issue best left to politicians or economists, but hardly worthy of serious analysis or concern by the rest of us. After all, things will play out the way they will right?

Maybe not. We spend time and money planning for any number of future outcomes?our retirement, our health, our careers, paying off our mortgages, our children?s futures?why not map out and plan a viable energy future? World leadership hasn?t done such a good job of this so far, and if energy follows the pattern of the last few years with steadily rising prices over the long term, it won?t be politicians and economists who will suffer the brunt of the problem?it?ll be us.

Energy is an issue that?s gaining greater attention on my radar screen, but since my first attempt to tackle its impact on our personal financial well-being this past spring, more news of significance continues to pour in. The BP oil leak in the Gulf of Mexico is one such development, but there?s more.

?According to the IEA, China consumed 2.252 billion tons of oil equivalent of energy in 2009, from sources that included coal, nuclear power, natural gas and hydroelectric power — about four percent more than the United States?The Financial Times quoted IEA chief economist Fatih Birol as saying: “In the year 2000, the US consumed twice as much energy as China; now, China consumes more than the US.”

This report isn?t merely interesting?it could be downright cataclysmic! The United States is a mature economy and yet it continues to increase energy consumption. Despite its size, China is a developing economy–an economic baby if you will?and it?s growing rapidly. It has more than four times the population of the US and its economy is growing several times faster. All of this means increasing energy consumption. If China?s energy demand doubled in the past decade, what will it be a decade from now? What impact might it have on prices we pay for energy?

Less than two decades ago China was an energy surplus nation, now it?s a big time importer competing with the US and the rest of the industrialized world for new energy sources. In fact the world?s four largest economies?the US, China, Japan and Germany?are all massively dependent on imported energy. And that demand is rising throughout the developing world, including the oil producing nations themselves. Oil demand is rising in virtually every corner of the globe.

What if the world isn?t running out of oil?

Let?s ignore for a moment that fact that major oil producing countries, including the US, Britain, Mexico and others, are experiencing long term oil production declines, and focus instead on promising new sources.

Canada is one of the very few industrialized nations in the world that still exports energy, but about half of it?s oil production comes not from wells of free-flowing oil, but from the Athabasca oil sands in Alberta. The field is extremely large and production is expected to grow considerably in the next few decades, however much of the projected increase in production will depend on continued high oil prices. The field may be the largest reservoir of crude oil in the world, but mining the tar sands and converting it to useable oil is substantially more costly than the favored sweet crude coming out of the Texas, the Middle East and elsewhere.

Brazil is another promising oil source. Just a few years ago it was a net energy importer, but is now rapidly transitioning to the coveted status of exporter, especially with oil. But most of major new oil fields in Brazil are offshore in the Atlantic Ocean, and much of the production is ?heavy oil??a thicker type of oil that doesn?t flow as well or process as easily.

The Arctic Ocean is believed to contain substantial oil reserves and if prices remain high enough some of that oil could be flowing into a gas station near you. Beyond the fact that the region is super cold and hostile to human existence is the related fact that there are no population centers available in the area. All operations will have to be established and serviced from great distances, which will add to the cost of production?once it gets rolling in any volume.

Tar sands, heavy oil, offshore drilling?in the Arctic Ocean?all point to one thing: higher energy prices. No business entity or government authority would even consider investing the capital and labor necessary to bring oil out of the ground under such difficult circumstances or in such hostile environments unless they had a clear vision of higher?perhaps much higher?price levels. Are we willing to bet against the people with the capital?

Until the BP oil leak, we tended to believe that geopolitical disturbances were the primary threat to energy flow and price stability. But as more oil flows out of offshore fields in the worlds oceans?rather than the relatively calm waters of the bodies like the Gulf of Mexico?disruptions related to storms and equipment damage may become more common but less preventable than the political instability of many oil producing regions that we?ve become so familiar with.

The world might not be running out of oil, but it?s clear that demand is powering ahead sufficiently that higher risk sources need to be brought into production. The oil may keep flowing in the future, but it will cost more and come at greater risk as it does.

What can little, ole me do about it?

OK, let?s try connecting the dots and bringing this discussion down to practical application. Is there anything we can do about it, and when should we do it?

As individuals, there?s little any of us can do to change the big picture, but that shouldn?t stop us from working purposefully to develop practical micro strategies to prepare for a future that?s completely predictable. Some steps you can take right now:

Note that every one of these strategies will take time to implement, which is why it?s important that we consider implementing our own energy changes now, while circumstances are relatively calm. Once prices begin to rise, the cost of making changes?be it buying a more energy efficient car, selling a gas guzzler or installing a useable renewable energy system of one sort or another?will likely rise to the point that we can?t afford to do them.

When it comes to energy, should we leave it to the ?experts?? Or should we take matters into our own hands and see if we can?t work out our own best solutions?

6 Responses to China is the No. 1 energy user ? what does that mean for your car?