Lately I?ve been doing a series of posts on grocery shopping. I suppose this is in response to the very noticeable ? but underreported ? increase in food prices. Today I want to focus specifically on meat, since it represents a disproportionately large share of the typical grocery budget. Meat is getting more expensive no matter where you buy it, and the price escalation seems to be out of proportion to the grocery sector as a whole. It is increasingly becoming important to become more skilled at finding less expensive ways to buy meat.

Here are some strategies that my family is using to save money when we buy meat.

The obvious first, best way to lower the cost of meat is simply to buy less of it. This involves making more meatless meals. If you are a vegetarian, you have a built-in advantage here ? you don?t buy meat anyway. But for the carnivores among us, this is a bigger challenge.

It could start with a simple strategy of reducing the number of meat-centered dinners from seven per week, down to six, then five, then as low as you can tolerate. On the nights when you?re not having meat for dinner, you can instead opt for a mix of pasta and vegetables, meatless stir fries, or even breakfast for dinner (ie, waffles, pancakes or French toast).

The same can be done with lunch. Instead of eating meat based sandwiches, you can opt for egg salad, or a soup and salad combination. This can be especially important since sliced cold cuts from the deli are among the most expensive meats available.

Last week in my review of ALDI I suggested developing a grocery store portfolio, a short list of stores that you hit for groceries, rather than confining your efforts to a single store. No where is this more beneficial than when it comes to buying meat.

Different grocery stores have different meats on special at different times. The trick is to catch the bargains where they?re available. The only way to do that effectively is to shop in three or four grocery stores on a regular basis. It?s an inconvenient strategy, but can save you a lot of money.

We?ve also found that certain chains routinely offer better prices on certain types of meat. For example, Sam?s Club is typically the least expensive when it comes to chicken and frozen fish. Though Sam’s has become something of a default option for those meats, we?ll still keep and eye out for lower prices at other stores anyway.

We?ve also developed an open strategy for the whole family ? anytime one of us are in any food store anywhere, we should also check for any meat-related bargains. Sometimes you run into a grocery store just to get a gallon of milk, a snack, or even cash (in lieu of an ATM). While in there, check the meat selection for any potential bargains. That strategy has us checking out the prices in more than half a dozen stores, and we find a lot of meat bargains doing just that. You never know who is having a one-day sale on beef or pork. And you can often get bargains on chicken and fish too.

Buy meat only when it’s on sale

Buying whatever you need, then complaining about the cost later isn?t an effective money-saving strategy. We?ve long since abandoned the practice of buying meat as needed. Instead we buy it only when it is bargain priced. If it isn?t on sale, it doesn?t go in the shopping cart.

When we do catch a meat sale, we stock up. And when we don?t, that?s what meatless meals are for!

Even though meat prices across the board are rising, the biggest impact seems to be centered on red meat. While perusing the meat counter at Kroger a couple of days ago, I noticed that most cuts of beef ? sirloin, T-bone, eye-round – were priced right around $10 per pound. There wasn?t even any chuck available ? if you wanted to pay less than $10, the only option was chop meat.

That kind of price construct can be a real grocery budget buster if you have a decided preference for red meat. But with prices rising, now is an excellent time to expand your meat options – it?s never a good idea to lock yourself in to a specific meat preference.

We find ourselves buying more poultry and fish than ever. While you can generally find bargains on poultry on a regular basis, fish is becoming problematic. When I was a kid, fish was a lot more affordable ? it was kind of the poor man?s steak. No more. Many kinds of fish are now even more expensive than the best cuts of beef. In fact, other than chicken, there really are no more poor man?s options when it comes to meat.

Still, we find you can often get pretty good deals on frozen fish. Not the breaded kind from Mrs. Paul?s (I hate that stuff, not the least of which because I?m not at all convinced it?s even mostly fish), but the un-breaded variety, like tilapia, cod and catfish. We?re able to find these pretty consistently in the $4-$6 per pound price range.

With record numbers of meals now being consumed outside the home, cooking is fast becoming a dying art – the recent emphasis on designer kitchens notwithstanding. But when it comes to saving money on food, cooking is an art we need to invest some time and money re-learning.

Creative cooking is one of the best ways to circumvent the high cost of meat. For example, recently on the Cooking Channel, Giada DeLaurentiis (Everyday Italian) was preparing a dish based heavily on roasted vegetables. She made a point of saying that in Italy meals are prepared with thin cuts of meat, mostly for flavor. This also seems to be a consistent pattern with most forms of Oriental cooking – primarily rice and vegetables, with only a minimal amount of meat.

We can take a lesson from that. Here in America, where meat has traditionally been abundant and inexpensive, we?ve developed a cultural norm of consuming big lumps of it, especially at dinner. But with meat prices rising and wages stagnating, it?s time to revisit that preference. Creative cooking can not only enable us to prepare a wider variety of less expensive meats, but it can also show us how to use less of it. 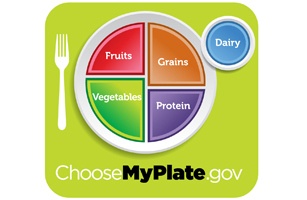 You might also want to consider the US Department of Agriculture?s ?MyPlate?. Notice that the smallest part of the plate is devoted to proteins, and the majority to fruit, vegetables and grains. As a society raised on – and addicted to – fast food and convenience foods, we?ve largely lost our way on nutritional balance. And since meat has always been associated with prosperity, it?s gradually taken on a larger role in our diet. It may be time for that to change.

Note also that MyPlate says ?proteins? and not specifically meat; we can mistake the difference. Proteins certainly include meat, but they can also include eggs, nuts and beans. It may take a large measure of creative cooking to be able to make that happen in an appetizing way, especially for a culture that?s so oriented toward steak and hamburgers.

Invest in some cookbooks that may be outside your traditional realm of cooking. Books that center on Oriental or Italian cooking, vegetarian dishes, or specifically on fish or poultry preparation can offer ways to reduce dependence on meat.

Getting the whole household involved

One of the most effective ways to make cooking more effective is to broaden the participation in the home. In most families, one person does most of the cooking, and when that person is burned out, yet another meal will be consumed in a restaurant.

My kids – ages 19 and 17 – both learned to cook a long time ago and it?s paying big dividends now. When everyone in the house knows how to cook, there?s more creativity and less drudgery. For example, my daughter makes a killer egg-plant parmesan (no meat!), and my son recently made beer batter fried fish and chips with inexpensive tilapia (no red meat!). The blending of each persons recipes and cooking efforts makes it easier to come up with less expensive alternatives, and to keep the creativity rolling.

When it comes to nearly anything related to money, diversification improves the situation. When it comes to food, the wider the variety of foods that you eat, and recipes used to prepare them, the more options you have for less expensive alternatives.

Have you noticed a pronounced price spiral with meat in the past year or two? What are you doing to deal with this problem?