Home › Income/Business Ideas › Investors and Partners for ProtoPit–Are You Interested in an Opportunity? 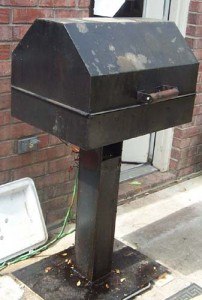 OOYR NOTE: One of the goals of OutOfYourRut is to promote new and exciting business ideas. We?re all entrepreneurs at heart and one of the biggest challenges we have is in deciding what might be a worthwhile business idea. I believe that Phil Toler has come up with just such a concept, and we?re throwing it out there to see who might see the potential and want to partner on the ground floor. You?ll be given an opportunity to weigh in via email at the end of the post. Give Phil?s proposal a read and see what you think. If nothing else, let us know in the comments section what you think of the idea and give any marketing suggestions you can offer. We?ll welcome any business ideas you have as well. Thanks for stopping by!

It seems counterintuitive that a recession is a great time to start a new business, but Kevin makes a convincing case in his article, 7 Reasons to be Self-Employed. But deciding to initiate a start-up and conjuring a viable product or service that can be sold in a down economy are obviously very different matters. Even after one has that Eureka! moment and is boiling over with anticipation to get rolling, the following factors must be considered:

1. Since credit is in virtual lock-down at present, can the venture be funded out-of-pocket or with limited funds?

2. If one is contemplating producing a real product, what facilities and tooling will be required?

3. Is there a well thought out marketing plan that is sufficiently flexible to adapt to market changes or unforeseen challenges?

4. Will the product be seen as a value?

5. Can it honestly be claimed that it will save the buyer money compared to competing products?

If the answers to these questions can be presented to a savvy investor without getting ripped to shreds, then one may take a great deal more confidence into the venture, and possibly more capital.

Are you interested in investing or partnering in a new product?

The purpose of this article is to present a product and it’s attendant business plan in hopes that it will be read by someone with business acumen and access to relatively modest funding, who will be intrigued to the point of getting more information.

Kevin has been kind enough to publish it since one of his original goals for this site was to offer a clearinghouse, of sorts, so that idea people could meet up with business types and start a new venture, and I thank him profusely for giving me this opportunity.

First off, let me emphasize that the product I have in mind is not a pipe dream. In fact, I’ve been using the prototype for almost five years now, four or five days a week. I’ve had a great deal of feedback on it’s efficacy, and it has been uniformly positive.

Further, it has no real competition, and there is a huge, and growing, market for it.

1) Because of safety regulations, competing products can not be used by law. (More on this later)

2) It can be build using basic sheet metal tooling, so an existing fabrication shop needing more business would be ideal.

3) And finally, the marketing plan requires no advertising, and no middle man will be involved to mark up the price of the product.

Home run? I obviously think so.

So what the heck is this miracle product, you ask?

It’s a barbeque pit that grills a steak or smokes a brisket for 18 hours without wood, gas or charcoal fire. It plugs into the wall.

Most people respond to this by indicating complete disbelief. How can you smoke a brisket without fire, people invariably ask. And I respond by pointing out that most companies which produce smoked sausage or other meats don’t hang around a pit keeping the fire going and they don’t use gas or charcoal because of the residual flavor from the unburnt fuel is less than appetizing.

They use large electric smokers that produce smoke from wood chips in a heated container, and the wood chips don’t care how the container is heated. In fact, it’s amazing how quickly wood chips begin to smoke, and how long they continue to do so if the heat source is steady and not too hot.

With a second electric element, or more for larger pits, the cooking heat source can be dialed in so that the food is cooked slowly and evenly, which has two distinct benefits.

First, when meat is cooked at lower temperatures, it remains capable of absorbing smoke flavor for much longer. When the internal temperature of the meat gets beyond two hundred degrees, it shuts down, and further exposure to smoke simply builds up of the exterior of the cut adding a bitterness to the flavor.

With charcoal fired pits we begin by buying bags of coal that aren’t exactly cheap, lug it home, use nasty starter fluid, or pollute the air with newspaper smoke in a chimney starter. Then we wait 30 to 45 minutes for the coals to get going and finally are ready to think about placing the food on the grill. But it’s almost impossible to get the temperature low enough to avoid shutting down the meat to smoke flavors, as mentioned above, and keep the coals going for the duration. We have to monitor the fire to give it more or less air, and eventually, it’s time to dine.

With gas?as with charcoal?we have to obtain the fuel, which is much more expensive, and comes in a heavy tank. While starting the fire and getting it to cooking temperature, often a dicey proposition in all but the most expensive pits, takes less time and effort than with charcoal, the price one pays for this advantage is the obvious residual flavors imparted by incomplete combustion of the gas. While there’s no doubt one might “get used” to the off-flavors, what if there were an alternative that eliminates them entirely?

That’s what my ProtoPit does in spades, and with a far more relaxing program. When I’m ready to begin, I flip a switch to the appropriate position for the cut or cuts of meat in question, that is, slow smoke or grill, or something in between. I fill the smoke chip container with one or more flavors of wood, and head to the kitchen to prepare the food to be cooked. By the time I have returned with it, smoke is pouring out of the cooking chamber, and on goes the meat. In most cases, I don’t touch the grill again until the food is done. And this is accomplished with one-sixth the cost of charcoal, and about one-tenth that of gas, and nothing heavy to schlep.

As for facilities and tooling, a whole lot of these pits can be built in a standard double garage using equipment costing well under a thousand dollars, though even half that can get the ball rolling.

While a welding rig would be nice, my pit was riveted and simply by grinding the visible part of the rivet and filling the seams would give the same appearance as a welded product. While having an experienced metal fabricator on staff would be great, I had zero metal working background when I drew the cut and the fold pattern for the shop that produced the pieces, which I took to the house and riveted them together, hung the two electric elements, and wired it all up.

After that, I proceeded to smoke the best brisket I have ever produced, and also a rack of ribs and a pork tenderloin to have in the meantime. This is not rocket science, but I have learned a great deal from my years of using my ProtoPit, as I fondly call it, and many design iterations later, I believe I have virtually perfected it?and now I?m ready to take it to the market!

As for the marketing program, it has been shaped by my long experience in the home entertainment business. I began at the retail level and quickly jumped to the manufacturing realm with one of the most famous loudspeaker makers of all time, Advent Corporation. Here I learned about the paramount importance of value, and the ways traditional marketing difficulties can be mastered without spending vast sums on national advertising.

I propose starting with a modified Multi-Level Marketing (MLM) model in which the pits are taken to public events and spaces on a small trailer. Using a generator, or an inverter on the vehicle battery, the pit is powered and the resulting sweet smoke aromas are the draw. Samples of any type of food are handed out, and because the story is reinforced by a delicious bite of food, buyers will easily be found.

These become the top level as they are offered an attractive discount on further purchases that they can resell to friends who experience the results at a backyard gathering for any price they think they can get. For this reason, by not establishing a “list” price on the web site might make sense. Of course the go-getters are rewarded with steeper discounts on greater total purchases. Thus we have eliminated middle men and their onerous mark-up, and advertising altogether.

Taking the ProtoPit to the next level

Finally, I stated that there was a vast, and increasing, market for this product that was off-limits to open-flame barbeque pits, which would be apartment and condo dwellers. For obvious reasons, open-flame pits are disallowed in those types of housing. If they want to cook out, they have to schlep their food to a common grill.

I don’t know about you, but I’d rather use my stove, even though I haven’t eaten a piece of meat cooked indoors in well over a couple of decades.

Admittedly, to offer this on a widespread basis would require a waiver from the local fire chief which in turn would be greatly facilitated by obtaining a UL listing. However, this modest expense could be financed out of profits in a very reasonable amount of time, and then the sky becomes the limit.

Well, I hope all my questions posed at the outset are sufficiently answered for a savvy investor to make a wise decision regarding the viability of this program. For those who would like even more information, Kevin will be more than happy to forward your requests.

If the concept of the ProtoPit interests you, and you?d like to get more information, please contact Kevin by email with your comments or questions. Please consider what you can bring to the project in the way of capital (only a few thousand dollars is needed), fabrication and marketing and distribution?you can get involved in one or all. All inquiries are welcome!