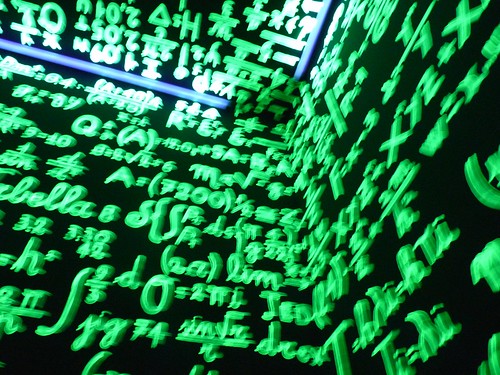 Do you know what alpha is?

Do you know what beta is?

The investing experts think they are a big deal. I do not. I could look up the terms on Wikipedia and write something here that would make it look like I know what they are. But if you really want to know, you could do that yourself, right? So what?s the point?

I don?t want to talk about alpha and beta. What I want to talk about is why they don?t matter. And why the experts talk about them as if they do. That I believe you really must understand if you are to stand much of a chance of knowing what is going on in stock investing today.

The single dumbest thing ever said about investing

I?ll start by telling you the single dumbest thing that I have ever heard anyone say about investing. It is William Bernstein, the author of The Four Pillars of Investing, who said it. Before I tell you about the dumb thing, I need to tell you that I have the greatest respect for Bernstein. He?s a smart guy and a good guy. Chapter Two of his book is the best chapter of any investing book that I have ever read. I have read that chapter so many times that the pages of that section of my copy of the book are falling out. You wouldn?t think that this fellow would have said the dumbest thing that I have ever heard about this subject. But he did.

What Bernstein said is that most ordinary people cannot hope to become good investors because they do not understand math well enough.

What makes this so dumb is that precisely the opposite is so. All you need to become a successful investor in the days of index fund is common sense. You do not need to understand mathematics. Not even a little bit. Bernstein is wrong.

I think he?s sincere. I think he came up with this idea because he has seen so many investors ruin themselves by becoming too emotional and because he thinks that the way to overcome emotionalism is to understand the mathematics behind investing. I believe that just the opposite is so. It is the belief that mathematics can save you from emotionalism that is causing the emotions of so many to go out of control.

I?ll point you to a recent thread at the Bogleheads.org board to show you why turning investing into a mathematics exercise is the worst thing you can possibly do. Please take a brief look at this discussion of the analytical errors that were made in the studies that financial planners use to help us plan our retirements and one investor?s reaction to learning that the odds are good that his plan will fail.

I first pointed out that the Old School safe withdrawal rate studies get the numbers wrong in a post I put to the Motley Fool site over eight years ago. Lots of investors who possess ten times the numbers skills that I possess didn?t want to hear it. Read the words of the poster who goes by the name of ?Drip Guy? and you?ll see that the self-deception is still going strong today.

The safe withdrawal rate is a mathematical calculation. Wade Pfau, an Associate Professor at the National Graduate Institute for Policy Studies in Tokyo, is telling the Bogelheads that the numbers they used to build their retirement plans are wildly wrong. How many of the thousands of people who participate in discussions there care? Only two posters put forward comments. One of them essentially asked Pfau for permission to ignore what the data says rather than take the warnings to heart. Huh?

The REAL purpose of mathematics in investing

Investment experts employ mathematics for a similar reason. The experts worry about the responsibility that goes with telling people what to do with their retirement money and do not feel confident about the advice they give. They create elaborate tables and calculators and studies and formulas as a means of easing their consciences over offering what they worry may be dangerous advice.

We all need to move away from the mathematics. We need to face our emotions and come to terms with them. You don?t do that by putting long lines of numbers in pretty tables. Any energy spent on the mathematics of investing is energy that could have been directed to more productive purposes.

The only number that truly matters in investing

In the old days, there was a need to understand some mathematics to become a good investor because you needed to study annual reports to know which companies enjoyed good prospects. In the days of index funds, that is no longer necessary. The only number you need to know to become a highly effective investor is the P/E10 level that applies at the time you buy the fund.

And understanding the meaning of the P/E10 number is no more difficult than understanding the meaning of the price tag on a sweater or a cell phone or a box of crackers. When stocks are selling at a good price, you should buy them. When stocks are selling at a bad price, you should not buy them. You don?t need to pass calculus to figure out why that is so.

The focus on mathematics that we see in this field is hurting us, not helping us. We all have a Get Rich Quick impulse lurking within that makes us want to ignore what that P/E10 price-tag tells us. The more time we spend thinking about alpha and beta, the better skilled we become at quieting the voice of common sense that is an investor?s true best friend.

This is one field in which those who are bad at numbers go to the head of the class. That?s me!

Rob Bennett is king of the Investing for Dummy type of article — For obvious reasons! His bio is here.