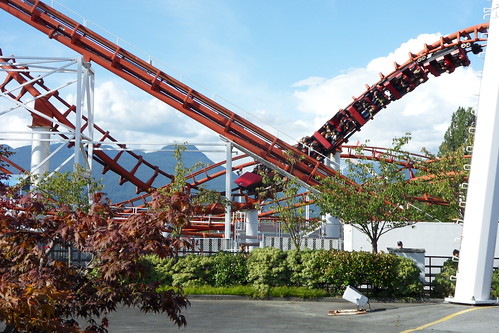 The average long-term stock return is 6.5 percent real. The Stock-Selling Industry uses that fact to push stocks and properly so. There is no other asset class available to the typical middle-class worker that offers returns so high. You need to invest a good portion of your retirement savings in stocks.

There?s a problem with the pitch as it is generally put forward, however. Most of the people pushing stocks fail to tell you that your odds of obtaining the 6.5 percent return are slight. The only way I know to do it is to tune out the heavy marketing of Buy-and-Hold strategies and follow a valuation-informed approach.

Averages are one thing?but consistency is the key

Stocks obviously do not provide a 6.5 percent real return each year. Nor do they provide a range of returns that fall in random patterns to generate an average long-term return of 6.5 percent real. Stock returns play out in 30-to-40-year cycles containing 20 or so years of generally rising valuations followed by 20 years or so years of generally falling valuations. Every investing lifetime encompasses at least one full cycle. So you?re going to get caught in a secular bear sooner or later.

The chances of someone who did not prepare for his or her cycle surviving the cycle without buying or selling stocks at wildly inappropriate times are exceedingly small. It is only those who buy and sell at appropriate times who obtain the average return of 6.5 percent real. Most middle-class investors will at the end of the game have obtained for themselves lifetime returns of far less than that. In many cases, the lifetime return will likely be half of the average return or less.

The root cause of stock market crashes

The 1901 trip to insane valuation levels brought on a drop in real value of stock shares of 67 percent. The real return on stocks for the following 20 years was a negative 0.2 percent.

The 1929 trip to insane valuation levels brought on a drop in real value of stock shares of 81 percent. The real return on stocks for the following 20 years was 0.4 percent.

The 1966 trip to insane valuation levels brought on a drop in real value of stock shares of 56 percent. The real return for stocks for the following 20 years was 1.9 percent.

The average of the three P/E10 levels that brought on the first three economic crises is 27.3. The average drop in real value of stock shares is 68 percent. The average 20-year return is 0.7 percent.

Buy-and-Hold is theory?real life can wreak havoc with theories!

Buy-and-Hold Investing is a theoretical construct. The idea is that an investor who sticks to his stock allocation no matter what will eventually obtain that 6.5 percent real return. This is a true enough claim. Unfortunately, it is impossible to imagine that more than a tiny number of middle-class investors are able to hold to their high stock allocations through the many years of very poor returns that follow in the wake of every out-of-control bull.

Was there a single middle-class investor who successfully practiced Buy-and-Hold when stock prices fell by 80 percent following the bull of the 1920s? Perhaps there was one. Not one of the Buy-and-Hold advocates has ever identified him or her by name, however. So we can?t be sure. I have my doubts that there was even one.

In any event, we went to stock valuations far, far higher in the bull of the late 1990s. Even if there was one investor able to walk the Buy-and-Hold walk in the 1930s, that is not much cause to believe that there will be one this time. And say that there is one. What are the odds that that one will be you?