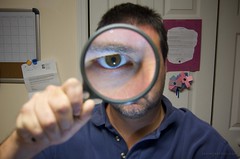 As if the poor economy, high taxes, too much regulation, advancing technology and globalization weren?t doing enough to torpedo the job market, there?s yet another obstacle to finding a job, one of a more personal nature and it?s having a bigger impact all the time.

Background checks now go farther and wider than they ever have, but it?s happening against the backdrop of a time when life is getting uglier and more complicated than ever for tens of millions of people.

It?s getting more difficult for a job seeker to pass a background check; in fact, at times it looks like a conspiracy. With computerization and the increased availability of data at progressively lower cost, more information is available about us than ever before. And unfortunately, economic, legal and social conditions are combining to make it more difficult than ever for the average person to pass employment muster.

Consider some of the information employers seek in background checks against the state of the world we now live in.

With computerization, employers can dig deeper now than they ever could when background checks were done manually. The deeper they dig, the more ?dirt? they?re likely to find.

Consider that it?s fairly common for job seekers to leave temporary or short term jobs off their resume or a job application in an attempt to look more stable; if he?s held enough jobs, he might even forget to list one. Chances are those jobs will show up somewhere in a background check, opening up questions as to the candidate?s honesty or work history. An employer may conclude that the job was left off because the candidate was fired, or worse. Employment application denied, next candidate.

Now set this against the backdrop of an employment environment that?s been unstable for years now, forcing people to take a series of short term jobs in order to stay afloat. The possibility of some sort of conflict at application is substantial and growing.

Pulling credit history is standard procedure by employers today. Yet we?re at a time when record numbers of people have experienced foreclosures, bankruptcies and other credit-impairing conditions. It?s a paradox that people with damaged credit?who probably need a job precisely to improve their credit situations?may be disqualified as a result.

It can be difficult to impossible to get a job if you have a criminal conviction in your past, and more companies are checking into this than ever. This comes at a time when there are more people with criminal records than ever, and it?s a much bigger issue than most people know.

Right now in America there are 65 million people who have criminal records–convictions either for misdemeanors or felonies. That?s more than one out of every four adults in the country. Most are for relatively minor offenses, often early in life, but that may be all it takes to put an end to an employment application.

The social media are where technology and humanity merge, and as much as we might enjoy participating, employers are increasingly checking our public comments to get an idea as to how we think. This can work in your favor if the reviewer is partial to your interests and ways of thinking. But if the reviewer doesn?t like what he or she sees, or considers that it might be contrary to the employers interests, you candidacy could end on a few comments you thought nothing of at the time you wrote them.

How many people could potentially have their candidacy ended by comments on the social media? Anyone who?s ever made a comment on the internet!

With all of these factors added together it?s amazing any one ever gets a job, isn?t it?

Now, you may be thinking ?It?s a free country, I?m entitled to say what I want,? or, ?I have a right to privacy? but both of those notions are false assumptions when it comes to employer background checks. When you fill out a job application, the fine print gives them your permission to conduct a search on you in nearly any direction you can imagine.

Computers are only getting more powerful and consequently background checks can be expected to go even deeper. So how do we deal with that in connection with finding employment?

Knowing that nearly every move you make is being recorded somewhere means being mindful of the records you leave behind where ever you go. Most people have something in their past that an employer might find disagreeable, but going forward make an effort to:

Let?s say that you?ve been fired from a few jobs, your credit is less than sterling, there?s a criminal conviction in your past, or maybe you?ve been pretty, shall we say, outspoken in the content you?ve written on Facebook?any one or a combination of two or more could render you ?damaged goods? to an employer. If this describes you, it might be in your best interest to make an end run around background checks entirely.

Just a few years ago, background checks were more of a formality than anything else. But back then far fewer people had credit problems or criminal convictions, the job market was much more stable, and the social media didn?t exist. Today is a new ball game entirely.

Even if you don?t fall into any of the categories above, the world is in a constant state of flux and employment background checks are becoming one of THE employment issues of the day. Our financial futures may very well rest on our ability to pass them?or to make other arrangements if we can?t.

Do you have any experiences or advice on how to deal with these or any other background check issues that might help a job seeker?