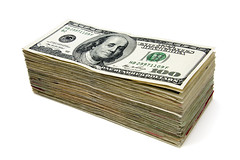 Say that there was a Guru who truly knew everything there is know about investing and that he was kind enough to start a blog and tell you the answers. And say that you were smart enough to appreciate how smart this fellow was and to read him every day. Would this make you an effective investor?

It would help. But by itself it would not make you an effective investor.

To explain why, I need to ask you another question.

When you see a television commercial in the ?Got Milk?? series, does it make you buy more milk?

Most people say ?no.? They point out that the phrase ?Got Milk?? doesn?t contain any intellectual content. How could that phrase possibly persuade anyone to buy milk?

The unspoken power of repetition

It?s not because you are dumb that advertising affects you. It is because you are human. Advertisers rely on research showing what influences us humans to develop their pitches. The two biggies are: (1) appeal to the emotions rather than logic; and (2) employ lots of repetition.

Lots of people don?t save enough. Are they dumb? Do they lack willpower?

No! If they were dumb or lacked willpower, they wouldn?t be able to hold down good jobs and earn all that money they?re not saving.

Most decisions to spend or to save are rooted not in the intellect but in the emotions. The people who don?t save don?t even know why they don?t save. If you ask them why, they will just make silly excuses.

I am not opposed to advertising. It is part of modern life. My take is that we need to stop pretending that all of our choices are the product of intellectual beliefs and accept that advertising puts thoughts in our heads that cause us to take actions we otherwise would not take. We cannot defend ourselves against advertising without first acknowledging its power.

Now — on to investing.

It always works (so long as it is of the long-term variety and not the short-term variety). There is not one exception in the entire historical record. It is not even possible for the rational human mind to imagine an alternate universe in which long-term market timing would not work.

If you?re not engaged in long-term market timing, you?re staying at the same stock allocation at all times. That means that you are putting as much money into stocks when they are insanely overpriced as you are when they are low-priced or moderately priced. Common sense tells us all that that is not a good idea.

But millions today believe with their hearts, minds and souls that market timing does not work or that it is not necessary to engage in market timing. For the same reason why they buy more milk when they are exposed hundreds of times to ?Got Milk?? television commercials.

The Stock-Selling Industry makes lots of money when we buy stocks and not so much when we invest in things other than stocks. It?s not hard to understand why the industry would want us to believe that market timing doesn?t work. But why do we fall for it?

Advertising DOES affect our behavior

We?re human. We are affected by advertising. The people who develop marketing campaigns know what they are doing. They appeal to the emotions and they repeat their message thousands of times. That?s what works (for them, not for us).

Long-term market timing is what works for us. Market timing is required for long-term investing success. But most of us invest in the way that the industry marketing campaigns tell us to invest. This needs to change. We need to start talking about this sort of thing more frankly than we ever have before.

Even if a Guru told you all there is to know about stock investing, you would still be pulled in by the marketing campaigns. The Guru could teach you the logic used by successful investors. But emotions trump logic every time. To protect yourself from the effects of the marketing campaigns, you need to become aware of how they affect you and to develop tools to counter their effect.

People fight the marketing campaigns encouraging them to overspend by forming communities on the internet where they help support each other in their new approach to money management. We need to begin doing this sort of thing in the investing realm too.

Hey! Maybe we could form a 12-step recovery program for recovering Buy-and-Holders!That would be a good start! We?ve got to get over our emotional addiction to stocks before we can hope to begin investing in them successfully.

Rob Bennett views Buy-and-Hold Investing as a well-intentioned mistake. His bio is here.

( Photo courtesy of AMagill )
Tweet
Share
Share
0 Shares
← How to Get a Real Deal on Your Next Home
Computer Dying? Try This Before You Junk It! →